There is an immense amount of controversy surrounding the diagnosis, treatment, and basic understanding of Lyme disease. There are two main schools of thought.

The first is the most common among the medical community, unfortunately, and is what the current guidelines formed by the CDC (Center for Disease Control) and IDSA (Infectious Disease Society of America) are based off of. This school of thought believes that Lyme disease is easily eradicated and cured by a simple round of antibiotics for 21-28 days. Any symptoms remaining after this initial treatment is not indicative of an infection, and in many cases, is “all in the patients head.” They term this “Post Lyme disease Syndrome.”

They believe that any antibiotic treatment past the initial treatment is detrimental to the patient, constitutes malpractice, and is unnecessary. They also believe that if you do not have an erythema migrans rash (the tell-tale bulls-eye rash), and you do not have a positive test result, that there is no way you can be infected with the Lyme Spirochete. They have not, however, been able to show that these claims are true or backed by scientific or clinical evidence. In fact recent studies have proven otherwise.

This view is interesting to me, especially because it is contradicted by these same organizations in something as simple as Syphilis, which is also a spirochetal infection. It is well known and scientifically proven that Syphilis can have severe complications and possible death if not treated early, and in some cases cannot be cured if it is allowed to go into a late stage infection. They admit that a late stage infection exists.

In these cases, long term antibiotics are required, and it is known that testing is unreliable due to the fact that antibodies are no longer found within the blood stream of late stage patients. This information is readily available and can be found on the CDC website. So why would it be so outrageous to have the same or similar issues with Lyme spirochete infections?

The second school of thought, which has scientific and clinical evidence to back it up, is similar to what has been found in Syphilis and other spirochetal infections. If caught early, it can usually be treated successfully with antibiotics, although the length of time required varies depending on the individual, the strain of Lyme spirochete, and how early it is detected. This school of thought recognizes the evidence that the Lyme spirochete has the ability to evade the immune system and antibiotics, change forms, hide, and reinfect the host successfully creating what is known as Chronic Lyme disease, or late stage Lyme infection.

As with all spirochetal infections, the longer the Lyme spirochete goes undetected, the harder it is to detect and to eradicate. In some cases, full recovery is not possible. Even in cases where the Lyme spirochete may be completely eradicated, permanent damage can occur. Re-infection is always a possibility which complicates diagnosis and treatment extremely.

What both schools of thought I hope would agree on is that we need more research and more reliable tests for the diagnosis and treatment of this disease. As it stands now, clinical diagnosis based on symptoms is the most reliable way to detect if someone has been infected with Lyme disease. The danger in this, is there are many other diseases and illnesses that can share these symptoms. Unfortunately, if you are not one of the 20-30% that finds a tick or the bulls-eye rash, your chances of catching this infection early are slim to none unless you are educated and know what symptoms to look for.

The saddest part of all of this to me is that the majority of our medical professionals are uneducated about the truth of this disease and base their diagnosis on unreliable test results, whether you find a tick or produce a rash, and guidelines that are based off of bad information. Quite frankly, there is more money to be made on pharmaceuticals to treat the symptoms than to admit persistent infection exists and come up with a cure.

I tend to have a third school of thought on this disease, and it is solely based on my own personal experience. The basis of it rests mostly in the second school of thought, as I did not find a tick or produce a bulls-eye rash, and I was misdiagnosed by more doctors and specialists than I can count on both hands for a minimum of 5 years. I did test positive for Lyme disease, so I have no doubt that I had it. I did require antibiotics for longer than the recommended 21-28 days. And I did manage to become symptom free.

What I found after 11 months of being on antibiotics is that my symptoms began to get worse, not better. I did some research, and spoke with my doctor about it and we both came to the conclusion that my remaining symptoms were related to Candida overgrowth due to the fact that I had been on antibiotics for so long.

Although I was “aware” that Candida could be an issue and side effect from antibiotic use, I did not heed the warnings on my diet, and I did not realize just how similar the symptoms were. Nor did I realize that Candida overgrowth could be equally as detrimental and fatal as Lyme disease. The big difference between the two is that Candida can be cured easily, comparatively, with diet. See the After Treatment and Candida & Lyme pages.

I don’t mean this to take away from anyone who is suffering long-term from Chronic Lyme disease. However, I believe it is important to recognize that both of these go hand-in-hand. The fact is many people may be diagnosed with Lyme disease when they actually have Candida or other underlying conditions; or vice-versa. And many people may have been successfully treated for Lyme disease, then go back on antibiotics thinking they were having a relapse, when it was actually something unrelated.

I believe that Lyme treatment should include an emphasis on Candida treatment in order to properly monitor the progress of the Lyme treatment. Not only is our general medical community just as uneducated about Candida as they are Lyme disease; but our LLMDs and Lyme community seem to be uneducated and in some cases in denial of the reality of Candida infection, its symptoms, and its severity.

It is worth some thought and consideration. Personally, if I can get my life back, and keep it by eating a healthy diet…..I’m willing to give it a try. 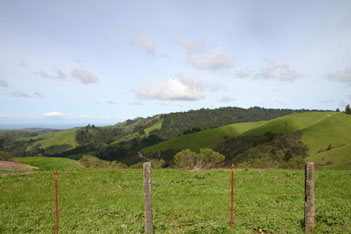 The one thing I know, is that I don’t know.