After my wife told me yet another story of someone’s fight against Lyme this morning, and then his loss of the battle, she asked with filled eyes, “how do we win this battle?” I couldn’t answer the question, at that time, as I have seen how difficult it is to fight the battle each and every day and I was at a loss for words. However, after thinking about it for the next half hour, I developed an answer that I hope she, as well as others who are in a constant fight with a chronic, debilitating disease fighting for their lives each and every day will hear.

My thoughts about the question, “how do we win this battle” made me think of my Police training/experiences, and my military experiences as a Recon Marine during the First War in the Gulf and Somalia. In Police work the threat of violence is an everyday possibility. Someone who you don’t even know may attempt to take you from this world for the sole reason of not wanting to be arrested. How do you win that battle? You fight until the fight is over or the threat is neutralized. You never give up and you keep fighting for your life all the while knowing that you will not allow this threat/person to take you away from those who you love and live for everyday.

In the military I was trained not to be detected by the “enemy” and therefore, I seldom thought of having to actually fight because If done correctly my mission would not be compromised, therefore, no fight. However, that was and is not always the case. “Enemy Contact!” you assault through and do everything you have to win that battle as well. You never give up and you keep fighting until your last breath as been stolen from you.

So yes, sometimes you lose, but you can be proud that you didn’t stop fighting, you never gave up. I have seen heroes, for example those who died assaulting that line of T-72’s (tanks) from within your unprotected Humvees all the while knowing that your assault was an idiotic order to do so. How do you survive and win such battles? You make it clear to yourself that you are already dead, and you fight to see the next day and to make it back home to those you love and who love you.

To my beautiful and amazing wife and all those fighting Lyme and other chronic illnesses, I understand that my fights/training in police work and my battles in the Marine Corps do not remotely compare to the struggles you face each day and night. You all are my heroes because you don’t give up on a battle that you may possibly face for sometimes only months but for the most part many years.

You are an inspiration to any who are fighting some kind of battle because of your strength and perseverance. The way of positive thinking will aide you in the constant battle and will allow you to one day overcome the illness that you fight against each day. Of course it is discouraging and easy to want to give up, but if you believe in your ability, your strength, and your never ending resilience, you may in fact one day be able to say that you have won. SOMETIMES YOU LOSE, but at least you can be proud of the fact that YOU NEVER GAVE UP!

Kimberly you are my hero. NARUTO!!!

I feel that I am a success even though I am still on antibiotics.

I was undiagnosed for 6 years.… END_OF_DOCUMENT_TOKEN_TO_BE_REPLACED

I had lyme, from n. ca hiking age 26-28, antibiotics a… END_OF_DOCUMENT_TOKEN_TO_BE_REPLACED

I was misdiagnosed with Lupus 15 years ago. 8 years ago… END_OF_DOCUMENT_TOKEN_TO_BE_REPLACED

Kaleidoscope of Hope…helping patients take that first step out of the darkness.

I am on my road to recovery! Will I ever be 100% like I used to? I don’t know. However, my life ha… END_OF_DOCUMENT_TOKEN_TO_BE_REPLACED

While I’m not recovered from Lyme Disease by any measure, I’m having quite a bit of success with the… END_OF_DOCUMENT_TOKEN_TO_BE_REPLACED

NOW, today, I am back at my job (now 30+ years), feel fine mostly all the time, and enjoy all the th… END_OF_DOCUMENT_TOKEN_TO_BE_REPLACED 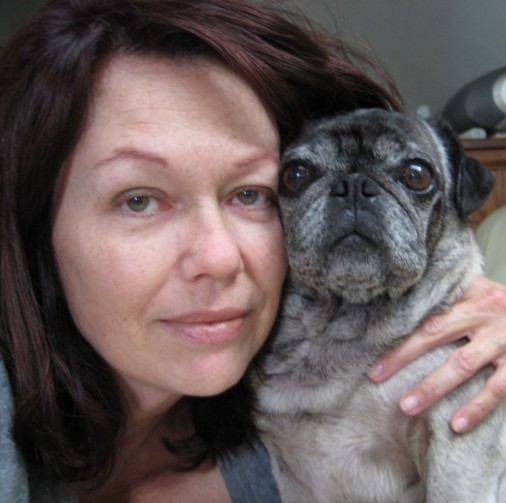 December 29, 2007. I remember that date very well, because that is the very last day of m… END_OF_DOCUMENT_TOKEN_TO_BE_REPLACED

“` by Mitchell “` ~~~Have you ever initiated the deep search for truth? ~~~How long did you spen… END_OF_DOCUMENT_TOKEN_TO_BE_REPLACED

Writing Down the Bones

Having moved to Connecticut 11 years ago from the Great State of Texas, I have become a self-proclai… END_OF_DOCUMENT_TOKEN_TO_BE_REPLACED

The Deer-To Fear or Not to Fear

After my wife told me yet another story of someone’s fight against Lyme this morning, and then his l… END_OF_DOCUMENT_TOKEN_TO_BE_REPLACED

Life is hard. Life is painful. Chances are you have had your share of heartache, dark days, & long s… END_OF_DOCUMENT_TOKEN_TO_BE_REPLACED